Programming and storytelling
Project Overview
This is a game where I was the programmer but also part of the storytelling department. I used Unity to program the game and used an addon called Bolt. A visual programming version of c#. The game's story is about the constant throwing away of stuff and the difference of poverty in the future.

The game starts with"Robone(Rob)", an early developed robot that wakes up in a scrapyard,not knowing where he is or who he is. Additionally, he does not have any armsassembled to him. Despite not knowing where he is, the buildings' architectureand ambient sounds that the player hears solves the puzzle. Moreover, the cityencourages exploring by showing nonplayable characters like vending machinesthat talk about the epidemic in the early 2020s. And tells Robone about who heis and where he was made. Fast Rob noticed that surveillance cameras and droneswere staring at him and his defensive program went on. When Rob finally came toword with the vending machine, he asked about his illness even though being arobot. The machine informed him about an older mechanic that helps robots whodo not have the money to be repaired at a garage. All he has to do is collectten scraps of metal in exchange for the repair. When Rob collects ten scrapsand enters the older mechanic's workshop, the man recognizes him and says he isfrom the 2040s. The mechanic says that the government ordered every robot to bedestroyed when the robots became too smart and humanoid. When Rob sees theparts of robots on the wall and ground in the mechanic's shop, the player getsthe option to kill him or take his service and get repaired. 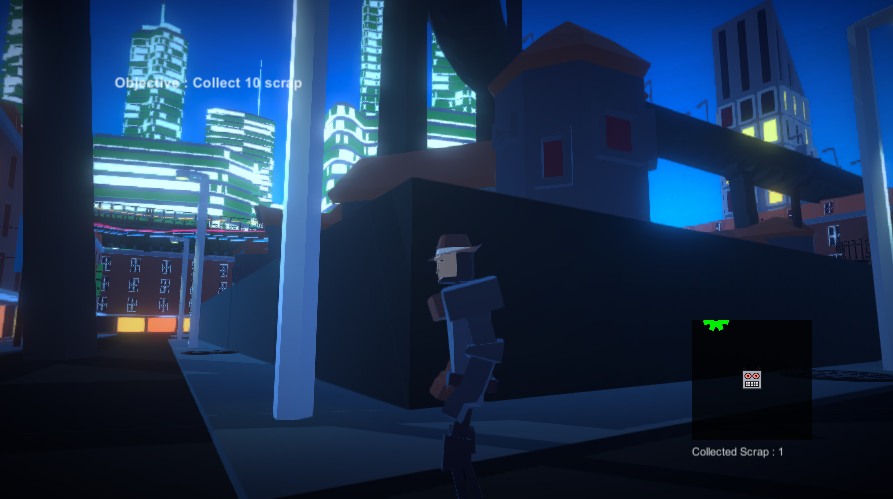 The deliverables wereas followed, one scene in an immersive story in the form of a video game thatshows how life is in the year 2050 in the eyes of a protagonist, a storyboardthat tells the complete story of the full game, and a trailer that gives abrief understanding of the story. Moreover, every team member had to develop ascene inside unity with themselves as a playable character. And as the finalrequirement of the design, the theme had to be "Robots". Thedeliverables must all be presented on the 28th of January.
Scrum
Storytelling/Programming
Dec 2020 — Feb 2021
Hero
Calmness

Want to work together?

If you like what you see and want to work together, get in touch!